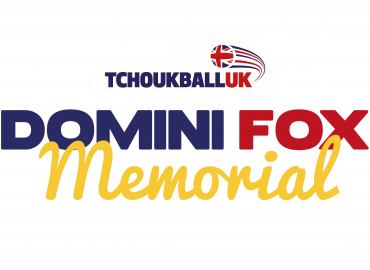 Team registration has now closed for the 2019 Domini Fox Memorial Tournament, taking place on 26-27 October 2019 at the Mountbatten Centre, Portsmouth. With 16 teams confirmed in record time, Tchoukball UK is very much looking forward to welcoming the teams to our flagship international club tchoukball competition. In its seventh year running, the DFM tournament offers a great opportunity for clubs and players to play in a competitive but friendly atmosphere surrounded by both new and old faces.

The group allocation will be live-streamed from TUK’s Facebook account at our General Assembly on Sunday 6th of October! Until then, here are the teams for DFM 2019 and some general information about the setup and previous winners.

As in previous years, a team allocation of 16 allows for 4 groups of 4 with 5 games per team – including 3 group games, 1 group place semi-finals and 1 final playoff.

The tournament is scheduled to run 09:00 to 17:00 both Saturday and Sunday with a social event planned for Saturday evening. The match schedule will be published once the group draw has been confirmed.

We are also planning on a show fixture on Sunday – more on this to follow.