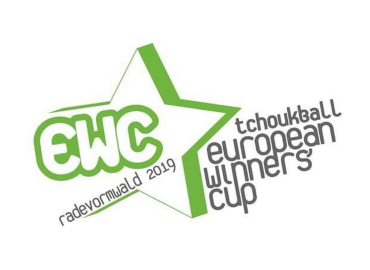 With European Silver Cup (ESC) out of the way – congratulations to Portsmouth Drakes on their 5th place and Outlaws on their 11th place and Fair Play award – this weekend will see Guildford Inferno and Bury Kings take on the top teams from European in the European Winner’s Cup (EWC).

Hosted by the German Champions TuS Oeckinghausen, this year’s EWC will play out at Sports-Zentrum Hermanstraße, a double court sports complex in Radewormwald, Germany 29-31 March.

The first EWC took place in 2008 and this year, in an exciting first for these events, the full match schedule will be available on YouTube – Field A on livestream and Field B recorded and uploaded post-match. A selection of games from Field A will also be available on Livestream+ with pre-/post-match interviews and live commentary (link can be found in the bottom of this article).

With Guildford and Bury Tchoukball Club ready to fly off to Germany we have caught up with the coaches from each team to see who they are bringing and what they hope to gain from the tournament. Note, two players from each team have been featured in the EWC player profiles, these are indicated with a * and links to their profile.

Guildford Tchoukball Club, formed in 2004, qualified for their third consecutive European competition when they were crowned Super League champions for the second year running. The team – who is currently second in this year’s Super League – will be represented by a nine-person strong team.

Honourable mention to #24 Mari Haugen who had to pull out of the competition due to a ruptured Achilles tendon.

Coach Andy Cummins told TUK: “Our aim for this year is to improve on our 9th place finish last year. We have a strong and determined squad so I’m really looking forward to seeing what we can achieve.”

Bury St Edmunds Tchoukball Club was founded in 2008 and is this year seeing a return to the main stage after finishing runner’s up in last year’s Super League. This will be Bury King’s 5th attendance at EWC. The team – currently placed first in the Super League – also brings a nine-person strong squad.

Coach/Captain Ian Parker told TUK: “It’s great to be back at EWC. Our team has changed a lot over the last few years so it will be a good test as to where we are. Plus, we’ve got an old club friend coming along which will be a fun reunion. Silver Cup was great last year so I just hope we can have as much fun as we did there and enjoy it.”

Join us in cheering on Inferno and Kings in their return to the big league.