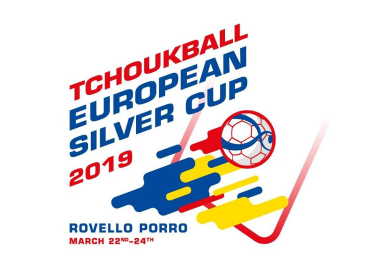 The ESC was established in 2016 and is an addition to the EWC, set up to offer more teams the chance of international club tchoukball. This year, Portsmouth Tchoukball Club and Outlaws Tchoukball Club will be representing Tchoukball UK and we have caught up with the captains from each team to share some intel on their squads.

Portsmouth Tchoukball Club, formed in 2009, qualified for their first ever European competition when Drakes finished 3rd in the 2017/18 TUK Super League. The team – who are currently holding on to their third place in this year’s Super League after 4/6 rounds – will be represented by a ten-person strong team.

When asked about their hopes and dreams for ESC, Liam Green told TUK: “The Drakes are going into the European Silver Cup in Rovello in high spirits and are aiming to enjoy their first outing in a European competition whilst, of course, placing as high as possible.”

Outlaws Tchoukball Club, lead by Captain Lisa McCormick, was founded in 2013 and, as with Drakes, this will be their first ever European competition having been promoted to the Super League this season after placing top of the table in the 2017/18 TUK Division 1. The team – currently placed sixth in the league – also brings a ten-person strong squad to Italy this weekend.

Lisa McCormick told TUK: “I am delighted that Outlaws are about to embark on their first international competition in the club’s history. It’s an exciting opportunity for all players involved, and we’re relishing the chance to compete against some of the best teams across Europe. We’ve had some mixed results over the past twelve months, so we’re itching to get out on the court and deliver some consistent performances throughout Silver Cup.”

Tchoukball UK looks forward to cheer Drakes and Outlaws on as they embark on their first European competition in Italy!