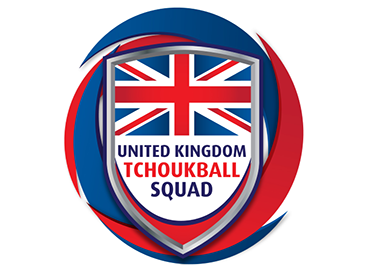 The UK Women’s team qualified directly by placing fourth at last year’s European Tchoukball Championship (ETC) in Castellanza, Italy while the men, who finished fifth, gained their qualification as the first reserve when Austria declined their place. This is the 9th official WTC and it will be the 9th attended by the UK Women’s and Men’s teams – whom in the last WTC in Taiwan (2015) finished 3rd and joint 7th, respectively.

The Team UK WTC 2019 squads can be found below, along with comments from the coaches on the exciting time ahead as they gear up for the WTC 2019:

Team UK Women’s coach, Hannah Norman, said: “I am excited to announce the women’s team who will be representing Team UK in Malaysia this summer. I know the players are proud of their achievements and looking forward to representing our squad. It is a fantastic opportunity to be able to compete at a World Championship and play against the very best nations. Having enjoyed a successful tournament at the last WTC four years ago, I am looking forward to working hard with the squad over the upcoming months to ensure we are ready and prepared to challenge again and hopefully enjoy another successful Championship.”

Team UK Men’s coach, Ian Parker, said: “I’m delighted to be able to announce the UK men’s team for this year’s World Championships; everyone has worked so hard in trials so those that have been selected should be very proud of their efforts. It will be great experience and challenge to play against teams from other continents and I look forward to working with my players to ensure we are technically, tactically and physically ready for the competition.”

Tchoukball UK is looking forward to supporting its teams in their journey to the WTC 2019 – and we hope you join us in congratulating our Team UK 2019 players for their achievement in making the squads.